Most people don’t realize that The Jewish Agency is involved in a lot more than “just” immigration to Israel. Among lots of other things, the Sochnut, as it’s known in Hebrew, has a hand in an incredible variety and scope of Jewish education programs around the world, especially in the former Soviet Union and South America. There are children in the former Soviet Union whose ONLY Jewish education comes from Jewish Agency programs.

In Russia, as in most of the world, Sunday is not a standard workday, and so The Jewish Agency facility – classrooms, offices, an auditorium – are busy with all sorts of formal and informal Jewish education programs, which generally draw those Russians who either are planning to move to Israel, or who simply want to learn more about Jewish heritage or Hebrew language, but aren’t necessarily interested in the religious nature of the education offered by the local, mainstream Chabad.

The Jewish education offered by The Agency frames the material in terms of history and culture rather than “Jewish law,” and many participants, such as campers in Jewish Agency camps, decide to, for example, start lighting Shabbat candles and making Kiddush at home not because they necessarily believe God commands it, but because it is a beautiful Jewish thing to do that is part of our history and part of what connects us to each other. For some there is a spiritual aspect as well – or perhaps, feeling part of a community and feeling spiritual, for many people, is the same thing.

For my job as a marketing writer for the Sochnut, I write about those programs all the time; what a thrill to finally see them in action and meet the people who make them happen! And, once again – what a miracle that Jewish education was happening in the open, in Moscow! A miracle!

The first thing I did at the office was pay back Rusina. This is Rusina, my savior and one of the nicest and most professional people you could ever hope to meet: 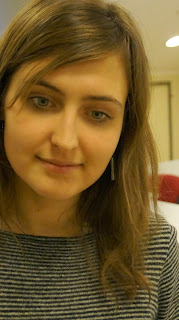 Then, all in one day, I witnessed the following: 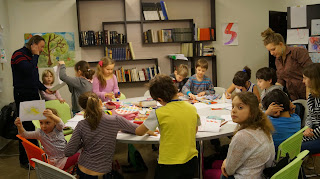 *Special needs children taking part in the class, through the “Integration” program that helps special-needs kids be mainstreamed into Jewish programs

*The parents of the Hebrew school children taking a concurrent parenting class, with Jewish subjects included 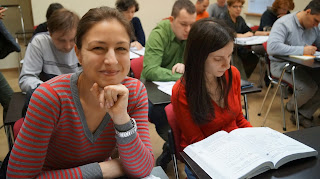 * A class on Hebrew, Israeli history, and math, for high school kids preparing to take the entrance exam for Na’ale (a program through which they attend Israeli high schools for grades 10-12). 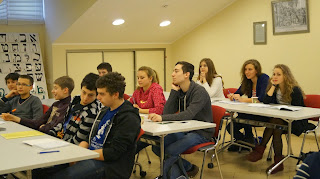 *A session of the year-long training for counselors who work at Jewish Agency camps. Their course includes both Jewish education for themselves, and lessons in pedagogy and program planning. On this particular day they were studying the "motivation" element of programs - how to start things so the children are interested in participating. 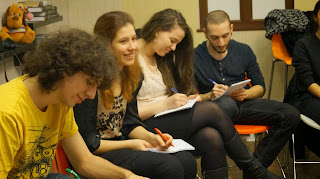 *An evening meeting for doctors who are thinking about making Aliyah to Israel, with an overview of the Israeli medical system by a visiting administrator from Soroka hospital 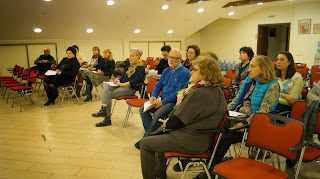 All that, punctuated by lunch across the street at the historic, stunning ChoralSynagogue. 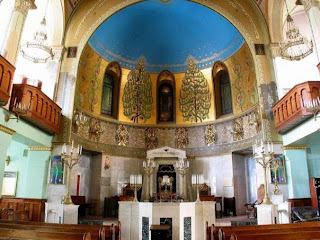 The synagogue is magnificent, and has an absolutely beautiful restaurant (with English menus!) on the second floor. A kosher restaurant in Moscow! A miracle!