I bet some of you were thinking after the last post that I slept through my alarm, but I didn't! I got up and showered and packed, and, though I was quite stressed about having left all this for the last minute, I did make it outside at , exactly on time. I felt proud of myself! I'd had only one hour of sleep, and my cat was injured and in a strange place, but I was running on time (that never happens!) and my packing list had been incredibly useful. My suitcase was a bit overweight, but I could solve that problem at the airport by moving a few items into my carry on (which I did).

Once I got into the van and we pulled away from my house, I wondered what I might have forgotten. Because everyone forgets SOMETHING! And then I realized, I hadn't packed toothpaste. Oh well, that's not a big deal. Surely near the hotel was a place I could buy toothpaste, maybe even at the reception desk. I felt proud for being so organized that the only thing I could think of that I'd forgotten was an easily-replaced toiletry item.

I went over in my mind my plan for the next few hours: Get through airport security, change currency, sleep as much as I could on the flight, and, when I got to , buy a sim card for my phone. Rusina had arranged and pre-paid for a car service to pick me up, so that would be handy. And once I was at the hotel, I'd buy access to the hotel's wifi, let people know I'm OK, unpack and rest, and then see if there was still time to catch a museum or something before everything closed. It was a reasonable plan.

As I went through passport control on my way out of Ben Gurion, the very low-grade gastrointestinal rumblings I'd been feeling for the last day or two started to feel more desperate. I could feel my blood pressure drop and a wave of nausea roll over me.

By the time I got to the duty-free area, where the money change store is, I was desperate to sit down or get to a bathroom or get to my gate – I didn't much care as long as I could crawl out of my skin. I'd have to buy rubles when I got to . At the gate I thought about canceling my trip – I could feel that I had a low fever, and the nausea was getting worse – but after everything that I'd been through to plan it, not to mention the non-refundable payments I'd made for the plane and hotel, cancellation was not an option. I'd be fine. If I could just get to a bathroom I'd be fine.

I spent the entire plane ride either sitting in my seat shivering, or throwing up. Yes, I made it to the lavatory every time, but just barely. There was a point at which a flight attendant was standing with me next to the lav, waiting for the person in there to come out, and I was leaning against the wall, sweat dripping down my face, moaning and silently praying that I didn't explode all over the El Al carpeting. The situation was quite desperate.  Apparently, all the energy that my body had needed the day before to stay calm and get everything done, it had diverted from digesting any food.

By the end of the flight, I was so completely spent I could hardly stand. I asked the flight attendants to order a wheelchair for me to get me through the airport, because there was no way I could walk or even stay standing to wait in lines.

A man who spoke no English pushed me through the airport. Even if I'd had the head space to ask him to stop to get a sim card or rubles, I didn't know how to ask for those things in Russian.

We met the taxi driver Rusina had sent, and I got transferred into his van. It took two hours to drive to my hotel because traffic was bad (later, on the way back, it was just one hour). I spent most of the time sleeping, but every time I opened my eyes, I saw ugly buildings. looked like one vast series of housing projects, like a vast , boxy and unredeemed.

The receptionists at the hotel did not speak English. I was transferred into my room (which looked exactly like the pictures on the site – clean and simple and nothing fancy but satisfactory) and I threw myself into the bed, feverish and scared.

I was now alone and sick in a hotel room in , with no cash and no way to reach anyone to tell them that I'm not OK. 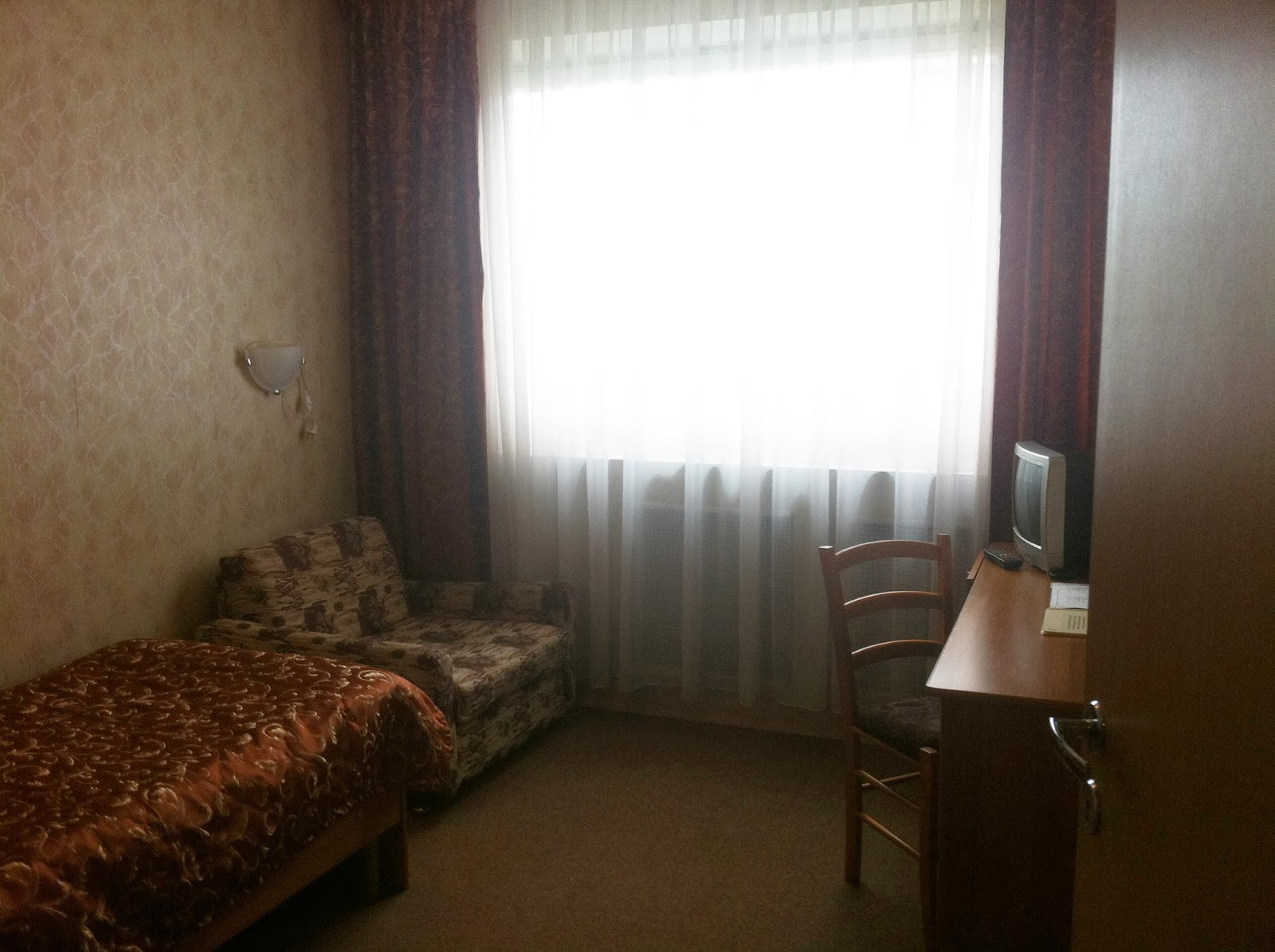